Where? The Spanish demonstration site will be based in Alginet, a village located 25 km from Valencia, in the east of Spain, with 13 000 inhabitants.

With whom? The distribution network in Alginet has a special particularity: it is owned by the end users through a cooperative.

In what context? Currently, the Cooperative supplies 46 million kilowatts annually by means of 40 centres of transformation, with an installed power of 18,000 kW and almost 6.000 users get benefit from the smart meters deployed by the electric cooperative, as well as other services and actions that the cooperative initiate to benefit its end users. Apart from the main basic activities of commercialization and distribution of electric energy, the cooperative group also plays a major social role in the town by investing and redistributing their benefits among the end users. 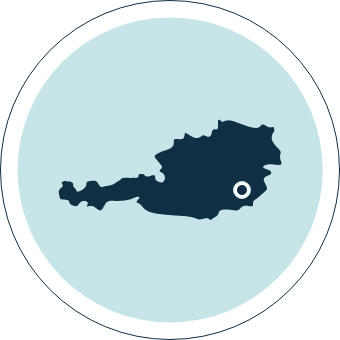 Where? The W.E.I.Z. demonstration site is located in the eastern part of Styria, about 30km from the provincial capital Graz.

In what context? Currently connected to the grid but the potential for photovoltaic systems is very high relative to the number of citizens due to the space requirements in the neighbouring municipalities.

Where? The pilot sites in Finland are located in Tampere, western Finland, and in Espoo, southern Finland, near the capital Helsinki.

Tampere has about 245,000 inhabitants and Espoo about 300,000. Both are among the largest cities in Finland.

With whom? Around 3 500 people live in the area, but more importantly, about 15 000 people come here daily for working. The area is composed of university buildings, VTT offices as well as several companies. Services such as shopping centres and restaurants are found in the area. In both Tampere and Espoo, 50 households will be invited to participate in the demand response experiment.

In what context? In Finland, the price of electricity has increased significantly recently, and numerous households have entered into an electricity contract with hourly market price to save on energy costs

Electric residential space heating is more common in Finland than in most European countries. Demand flexibility on electricity is needed more than ever before.

We use cookies on our website to give you the most relevant experience by remembering your preferences and repeat visits. By clicking “Accept”, you consent to the use of ALL the cookies.
Cookie settingsACCEPT
Manage consent

This website uses cookies to improve your experience while you navigate through the website. Out of these, the cookies that are categorized as necessary are stored on your browser as they are essential for the working of basic functionalities of the website. We also use third-party cookies that help us analyze and understand how you use this website. These cookies will be stored in your browser only with your consent. You also have the option to opt-out of these cookies. But opting out of some of these cookies may affect your browsing experience.
Necessary Always Enabled
Necessary cookies are absolutely essential for the website to function properly. These cookies ensure basic functionalities and security features of the website, anonymously.
Functional
Functional cookies help to perform certain functionalities like sharing the content of the website on social media platforms, collect feedbacks, and other third-party features.
Performance
Performance cookies are used to understand and analyze the key performance indexes of the website which helps in delivering a better user experience for the visitors.
Analytics
Analytical cookies are used to understand how visitors interact with the website. These cookies help provide information on metrics the number of visitors, bounce rate, traffic source, etc.
Advertisement
Advertisement cookies are used to provide visitors with relevant ads and marketing campaigns. These cookies track visitors across websites and collect information to provide customized ads.
Others
Other uncategorized cookies are those that are being analyzed and have not been classified into a category as yet.
SAVE & ACCEPT